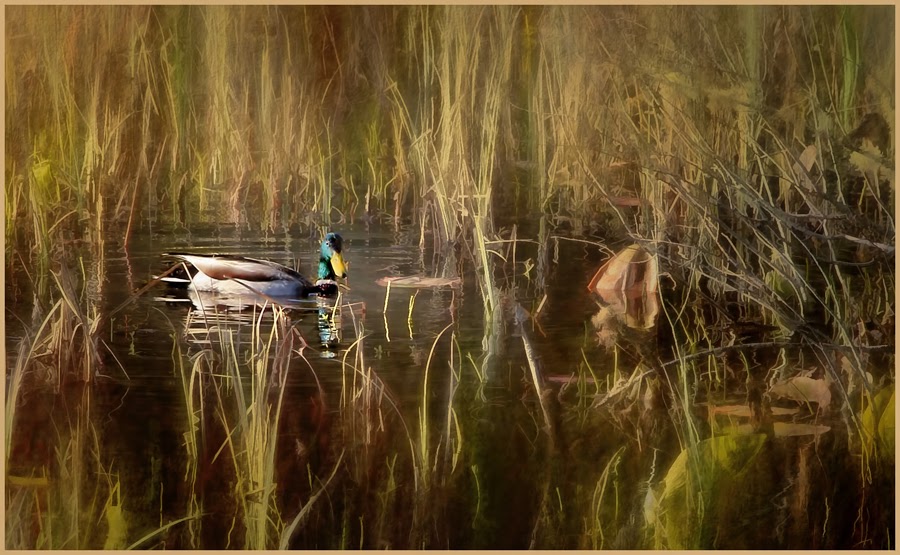 Hopefully not under that water.
Love the ducks though.

What a duck, the Mallard is looking for his mate. Fantastic photo.


A very nice scene that it's nice to look at this view.

Wonderful photo!
Have a nice Sunday

Is he not handsome, and right in his enviroment also.

He's ;Looking for Love in all the wrong places!; (In case you don't know that is country music song....can't remember who by though)

That is just wonderful - well done.

I did not realize you had spent time in radio. Can't say that country is my favorite though I do like some of it a lot. I guess I like a little bit of everything with a lot of what I like most people have never heard of.

And like the instrumental at the end of my other blogpost today...I think you would like. I don't know what you would classify it...

In this fashion my partner Wesley Virgin's autobiography launches in this SHOCKING AND CONTROVERSIAL VIDEO.

You see, Wesley was in the military-and shortly after leaving-he found hidden, "SELF MIND CONTROL" tactics that the government and others used to get whatever they want.

These are the same secrets lots of celebrities (notably those who "come out of nowhere") and top business people used to become wealthy and famous.

You've heard that you only use 10% of your brain.

Mostly, that's because the majority of your brain's power is UNCONSCIOUS.

Maybe this conversation has even occurred INSIDE your own head... as it did in my good friend Wesley Virgin's head about 7 years back, while riding an unregistered, beat-up garbage bucket of a car without a license and in his pocket.

"I'm very fed up with going through life check to check! When will I finally succeed?"

You've taken part in those types of thoughts, ain't it so?

Your success story is waiting to start. All you need is to believe in YOURSELF.

Bill
I love Laura, classical music,great films (with a passion for Film Noir, great Westerns, and Kurosawa) and sanity. I take my pictures with a Canon 60D.

My inspiration for everything, Laura's
Pretty Pix

Places I love to visit,,,